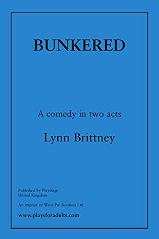 A Comedy In Two Acts

Somewhere near the coast in Britain is a Naval Intelligence Cold War Bunker, manned by four naval personnel nearing retirement. Only, as far as the Royal Navy is concerned, the bunker was decommissioned in 1991 and the staff were made redundant. But somehow they all slipped through the net and continued to receive monthly pay cheques from the Ministry of Defence computer system. Peter decides to bring a friend in to bring all the equipment up to full working order. Imagine the alarm at Naval Headquarters when they start getting distress signals from a defunct bunker. Time to panic! With hilarious consequences...